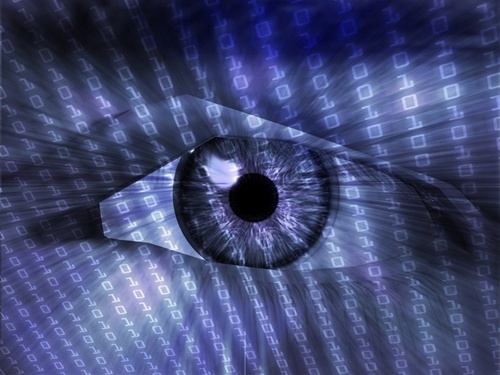 Your data privacy is under more of a threat than ever.

In the age of cybercrime, cyberwarfare and cyberespionage, the average consumer might feel as though they are safe from hackers. There are bigger fish to fry, right? Unfortunately, your data privacy is under more of a threat than ever, as everyone from cybercriminals to government agencies and major tech companies finds your data valuable - and they're willing to go to any means to get it.

In the past, this blog has covered the Cybersecurity Information Sharing Act, or CISA, because it threatens data privacy for American citizens. While it hasn't been signed into law yet, CISA passed in the Senate at the end of October, regardless of the public's opinion of the act. If the bill becomes a law, data privacy - as American consumers know it - could be gone.

"Under CISA, if your data is deemed valuable for an investigation, the government can gain access to it."

CISA won't go away
According to Dark Reading reporter Sara Peters, CISA contradicts its own language regarding data privacy, and instead of ensuring privacy, it gives federal agencies and public sector organizations the right to perform surveillance on private sector consumers without disclosing these actions. Citing the bill directly, the source noted that CISA outlines that any information shared with the federal government regarding "cyberthreat indicators and defensive measures" is "exempt from disclosure and withheld from the public under any laws of such jurisdictions requiring disclosure of information or records." In other words, if someone deems your data valuable for an investigation, the government can gain access to it.

"It's not going to stop any attacks," Edward Snowden said about CISA, according to Dark Reading. "It's not going to make us any safer. It's a surveillance bill. What it allows is for the companies you interact with everyday - visibly, like Facebook, or invisibly, like AT&T - to indiscriminately share private records about your interactions and activities with the government."

Of course, CISA still must pass by U.S. President Barack Obama after a conference period, but the effects of this bill are clear, unless it is significantly altered. And while CISA might sound like bad news, there is a much more severe data privacy problem that consumers must face today.

Data insecurity
If the federal government isn't lending a hand on data privacy, at least you can count on your favorite tech companies to protect your data, right? This might not be the case.

According to The Guardian, the Ranking Digital Rights project has found that the biggest tech firms - Microsoft, Twitter, Yahoo, Facebook, Google, Vodafone, Tencent and more - don't provide their users with "basic disclosures about privacy and censorship." No organization surveyed earned grades higher than a D (65 percent) with respect to data privacy and commitment to freedom, while only six of 16 included in the report earned a score over 50 percent.

"Users are left in the dark about many company practices affecting freedom of expression and privacy," project researchers explained, as reported by The Guardian. "Disclosure about collection, use, sharing and retention of user information is poor."

The results of this report should leave consumers concerned, especially considering that many of these tech giants claim to support data privacy initiatives - Facebook, Twitter and Google even said that they opposed CISA at at least one point.

The solution
As a consumer, you should take your data privacy into your hands - literally. In order to protect your private information at all times - even when entering it into Web applications - you need a data-centric cybersecurity solution that puts you in control over your encryption key. This way, you can protect your private information, emails and corporate data from everyone, even cloud storage vendors. CloudMask meets those needs, as well as makes securing your sensitive data easy, since it integrates with all of the most popular email and cloud services.